Posted at 08:00h Blog, Health In A Hurry by deborah 4 Comments 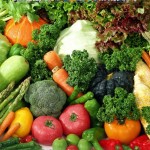 Is it just me, or are there certain foods that seem to be nothing more than just companions to something else on your plate? You would never think to focus an entire meal around them because, well, you’ve got it in your head that they are “accessory foods.” Not sure what I’m talking about? Tell me how you feel about celery. It’s a vessel for peanut butter, isn’t it? Or worse: A stirrer for your Bloody Mary. That’s what I thought.

But as I gave it some more thought, I started wondering whether I was unfairly discriminating against these foods. After all, they are part of Mother Nature’s bounty; they must be good for you, right?

So, here are some often overlooked health foods that deserve a second glance:

Cabbage – This nutritional superstar deserves to be released from its headlining role in coleslaw, which no one ever eats, so it can find its way into more of your meals. Cabbage is packed with vitamin C and antioxidants, and it’s lower in fat and calories than any other veggie.

Lentils – A taste of some bad lentil soup in your early years can make you swear off the stuff for life, but you may want to reconsider your ban after you hear that just one cup of lentils contains about 16 grams of fiber and more folate than spinach. And, it doesn’t have to come in the form of soup. Try an Indian dahl instead.

Seaweed – The thought of eating seaweed might sound strange to some, but it’s so good for you that you owe yourself a taste. Seaweed is loaded with calcium and potassium, which are both necessary to maintain normal blood pressure. If you like the taste of seaweed, you may enjoy seasoned seaweed chips (they’re kind of like kale chips). If not, just eat more sushi.

Hemp Seeds – Have you ever heard of hemp seeds? No, I’m not talking about the stuff that some people smoke, although they are in the same family. You can buy hemp seeds at most health food stores and sprinkle them on just about anything (salad, pasta, oatmeal, you get the point). Just one ounce has 11 grams of protein.

Scallops – Most people avoid scallops because they’re usually slathered in butter. That’s a good call, but you shouldn’t shun the mollusks altogether. Just find a healthier way to make them. Why bother? Well, scallops are made up of more than 80 percent protein and they’re a good source of magnesium and potassium. Instead of cooking with butter, sauté fresh scallops in a little cooking oil and serve with sautéed vegetables.