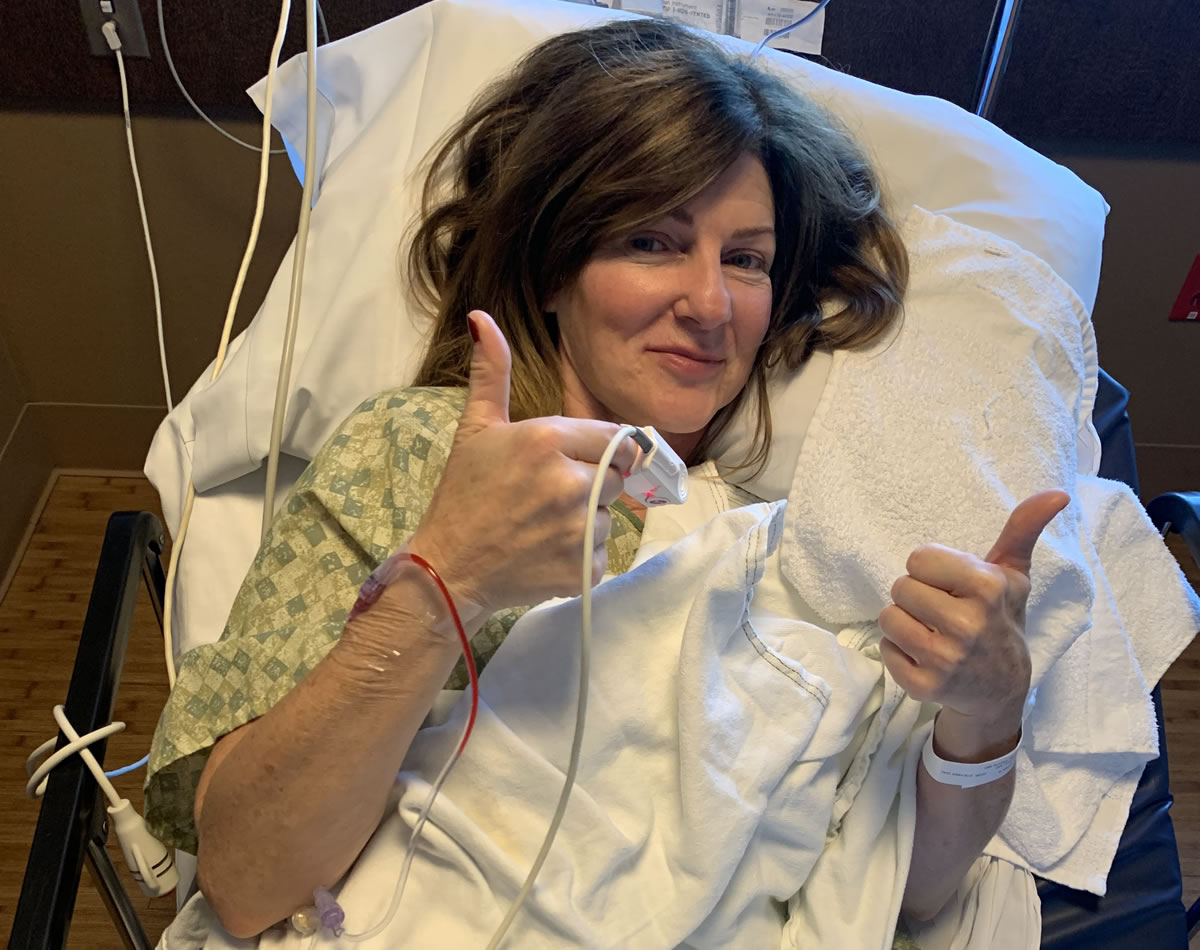 It all started on July 12 at 3am when I woke up choking, unable to draw a deep breath. I shook Steve awake and was just about to tell him to call 911, but a few minutes I was able to draw deeper breaths and decided I would be okay without emergency intervention. Back to bed we went. Unfortunately, fate repeated itself a week later and I was unable to ignore my condition.

I suffered from asthma as an adolescent and figured I might be dealing with a flare up, so I scheduled a visit with my allergist. She tested my exhalation strength and diagnosed me with silent acid reflux (a version of GERD) “Me?” “Are you sure?” In my head, I started replaying all the research I’ve read…older male, smoker, drinker overweight. Nope, pretty sure you have the wrong person.

Next Stop: Ear, nose and throat physician. Based on my symptoms, I received an unpleasant tube through my nose so the doctor could get a glimpse of my esophagus. Analysis: I had a very swollen esophagus, which leads to compromised swallowing and a constant feeling of choking. “Will I stop breathing and die from this?” “No,” she says, “the good news, if you pass out, you will start breathing again.” Well, yes, that is good news.

I began researching the on-going list of all the off-limit foods (pretty much all of my favorites) ranging from coffee, to spicy foods, to my precious tomatoes. The salt in my wound was that the 12 tomato plants in my garden were just getting ripe. So here I was, embarking on my “elimination diet,” getting rid of all the typical triggers of acid reflux. The horrible choking feeling would still wake me up every couple of hours but not bad enough that I would stop breathing…progress!

3rd Stop: Naturopath physician. At this point in the process, I’d been having severe pain with every meal for nearly five weeks and had lost almost 20 pounds. Trust me… there have been times in my life when I wanted to lose that much weight, but not like this. The pain was so severe, I was scared to eat. The doctor asked, “What are you eating now? Is it giving you problems?” I replied, “I’m pretty much down to oatmeal, blueberries, eggs and chicken.”

He retrieved my old allergy food sensitivity test results and asked if I was eating any of the foods on the list. I looked at the list…tomatoes, dairy, wheat, almonds and EGGS. Eggs! The one item I was confident in because it’s easy to digest and a great source of protein, was one of the foods dragging me down.

Back to the dietary drawing board… But the crazy thing? Eliminating these trigger foods was already causing me to feel better. You might also be asking, “Why was she eating foods that she had sensitivities to before?” Great question. With all honesty, at the time of the testing [5 years ago] I felt great and had no reactions, so I conveniently forgot about the list.

4th Stop: Gastroenterologist. Due to my rapid weight loss, they scheduled me for an endoscopy to rule out anything “scary.” A few weeks later, I received the news…

Barrett’s Esophagus — A pre-cancerous condition that can’t be cured, only managed to prevent it from progressing. The advice? Take these drugs for the next few weeks, taper off after a couple of months and then come back in three years to make sure it hasn’t progressed. Not quite the warm and fuzzy bedside manner I was hoping for.

I’ll admit…it took me a few days to get my head around this diagnosis. But now that I have, I’m ready to start talking about it so I can help others to avoid a similar prognosis.

It’s been almost five months. I’ve been to five doctors. I’ve spent hundreds of dollars on co-pays and procedures that insurance doesn’t cover. I’ve lost dozens of work hours and countless hours of sleep. But I am better. I am healing. I am learning.

5th Stop: Accepting, adjusting, advising. I’ve had to learn a new style of eating: smaller bites, less food and a slower pace. I’ve also had to learn that when you receive an answer you don’t like, (come back in three years) that you need to be your own advocate and work as if your life depends on it; because it might.

Stay tuned because every Wednesday I will post updates on my healing journey. I’ll share what’s working, what’s not and everything in between. I’ll help you stay informed, stay healthy and stay heck out of GERD’s way.